Human – Relative Truth: The human condition encompasses the unique features of being human, particularly the ultimate concerns of human existence. It can be described as the unalterable part of humanity that is inherent and innate to human beings and not dependent on factors such as gender, race, culture, or class. It includes concerns such as the meaning of life, the search for gratification, the sense of curiosity, the inevitability of isolation, and the awareness of the inescapability of death.

Divine – Absolute Truth: The absolute truth is without conditions.

An insight that has become crystal clear to me is the importance of integrating my human self and my divine self. I am beginning to feel grounded in that integration.

There is nothing more important than love and the expression of love through relationships. 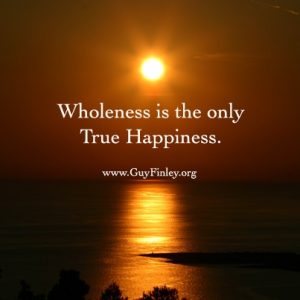 We cultivate love when we allow our most vulnerable and powerful selves to be deeply seen and known. And when we honor the spiritual connection that grows from that offering with trust, respect, kindness, and affection. Love is not something we give or get, it’s something that we nurture and grow. A connection that can only be cultivated between two people when it exists within each one of them. We can only love others as much as we love ourselves. Shame, blame, disrespect, betrayal and the withholding of affection damage the roots from which love grows. Love can only survive these injuries if they are acknowledged, healed and rare. ~ Brene Brown

I believe that real love can only be experienced by making soul contact with oneself first and then with others who can make a soul connection.

It takes tremendous courage to allow oneself to become vulnerable enough to make soul contact. Most of us have layers and layers of conditioning, fear, and defenses that have covered our soul with a hard shell of protection.

If you can work through the fear and make soul contact it takes a conscious effort to sustain it. Most people can’t. Eventually frightened parts of the personality come up front and the soul is hidden behind fear. Love and fear cannot be experienced at the same time, we are experiencing either one or the other.

I know for myself living from frightened parts of my personality will never be enough. I must live life from the soul level. I am willing to do the work of staying awake in my own life and to invite relationship with others who can participate in authentic soul-based relationships.

As a child, my first spiritual awakening revealed my soul and connected me to the infinite/absolute truth. As an adult I had a second awakening when I realized that most people either never make soul contact or forgot how to get back to the soul, to return to love. I realized that most people live out their lives in fear or at the most have glimpses of real love. They live from relative truth alone. There is nothing wrong with relative truth, but without any understanding or connection to absolute truth, a human being cannot evolve. There is much beauty in relative truth, it is the human part of us. But to be whole one must also connect to their divine self, otherwise, they will try to make other people or addictions their source and be doomed to a fragmented existence. The integration of the human with the divine allows wholeness to be revealed with the outcome of spiritual and human maturity and the ability to love unconditionally.

I believe we are heading towards a final stage in human evolution where we will become One with Karma.

Krishnamurti once said of the Divine Plan: “The really important thing is … the knowledge of God’s plan for men. God has a plan, and that plan is evolution. When once a man has seen that and really knows it, he cannot help working for it and making himself one with it, because it is so glorious, so beautiful. He knows, he is on God’s side, standing for good and resisting evil, working for evolution and not for selfishness.”

The more I know about the way life is designed, the more awe-struck I am. In the end, I’m so taken by the beauty and the genius of the design of life, that I can only serve it.

At the lowest levels of the overall setting, it is relatively true that we have free will. But at the highest level of it, we see that God was the only doer of any action. Brave is the individual who would hold to the absolute truth that God is the only doer, true at the highest dimensional level, at the lower dimension where 99.99% percent of the population would not recognize the truth of that statement. I have faith that these percentages are changing, even if it is only one person at a time, one day at a time.

“Truth is what stands the test of experience” ~ Albert Einstein