The other day I was trying to express to someone that sometimes I feel that people are pretending, not being “real”.  In response I received a quizzical look.

I started to reflect over my life and how I have felt the importance of not playing a role, the importance of being authentic.  I really did not know how to pretend or play a role.  But, it seemed that sometimes my “realness” was not easily accepted by others, especially if it challenged the status quo or rocked the boat of any system I found myself in.  Or if in my realness I would express any of the so-called negative emotions like sadness or anger.  These were emotions that were supposed to be kept to myself. 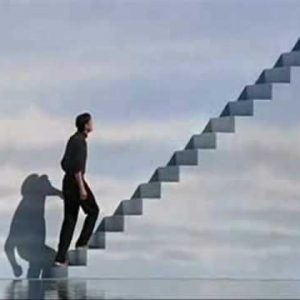 I am a very sensitive and feeling based person.  My navigation through life has been based on listening to my inner most feelings.  I have wondered at times where my place is in a society that in a lot of ways feels fake.  I do not find my values reflected in our society.  Values such as compassion, patience, humbleness, mindfulness, integrity, silence, connection to higher self, respect, equality, vulnerability, simplicity and oh yes, authenticity.

There are two different levels of functioning – mental and emotional. Most people live their lives in their heads, which is why we have such an emotionally bankrupt society.  We have to learn how to get out of our minds (pun intended) and connect with our emotions.  If you feel you are “going out of your mind” then good, start feeling your feelings.  ~  Excerpt from Rebirth by Keleah LaRoche

Having a spiritual awakening at a very young age, I thought everyone had such experiences, but as my life unfolded I became confused because people seemed to be behind some kind of wall of protection, some kind of hiding.

A friend of mine has often said that he believes that we are all born with a form of amnesia, that we forget that we come from spirit or we forget our very soul.  My response always has been, “I didn’t forget”.

We stumble and fall constantly even when we are most enlightened.  But when we are in true spiritual darkness, we do not even know that we have fallen.  ~ Thomas Merton

Could it be that the majority are living in spiritual darkness?

Then there is the question of something called “Spiritual Bypassing”.

Spiritual bypass is a defense mechanism. Although the defense looks a lot prettier than other defenses, it serves the same purpose. Spiritual bypass shields us from the truth, it disconnects us from our feelings, and helps us avoid the big picture. It is more about checking out than checking in—and the difference is so subtle that we usually don’t even know we are doing it.

As I child I was sent to church after having my spiritual awakening.  I already discovered the Christ within.  So when they started preaching about being God-fearing and hell fire, I had no idea what kind of God they were talking about.  The God I knew was not something to fear and was not outside of me.

It has always seemed to me that to be whole one must merge the mundane with the divine, our human self with our spiritual self, our shadow with our light, the absolute with the relative.   This is why from all the religions Buddhism has appealed to me most, it is the Middle Way.

We are by nature, already spiritual.  We are not here to transcend our humanness, but to learn what it is to be truly human.

The character disorder of Narcissism is the complete denial of the true self in favor of the projected image of oneself.  This means the narcissist denies what he/she really feels and pretends that “all is well”. One has been conditioned to put on a happy face and focus on presenting an image to the world.  In the case of spiritual narcissism, one puts on a spiritualized image, pretending to be enlightened when, in reality he is far from any true enlightenment.  ~ Rebirth by Kaleah LaRoche

One of my favorite movies is “The Truman Show”.  Truman was adopted as a baby by a movie production company.  He grows up inside a movie set (but he thinks it is real life).  In the end he begins to discover an inner knowing, an inner truth, the Tru-Man.  This eventually leads him to escaping the illusion of the movie set.

From the movie The Truman Show:

Christof, “Why do you think Truman has never come close to discovering the true nature of his world?” Christof’s response, “We accept the reality of the world with which we are presented, it’s as simple as that.”

So in closing I make a vow to live as a Tru-Woman no matter what realities I am presented with.